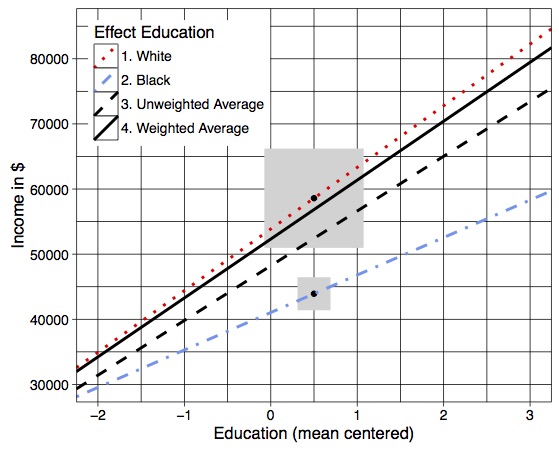 Weighted effect coding is a technique for dummy coding that can have attractive properties, particularly when analysing observational data. In a new publication in the R Journal we explain the rationale of weighted effect coding, introduce the ‘wec’ package, and provide examples that include interactions.

The attractive property of applying weighted effect coding to categorical (‘factor’) variables is that each category represents the deviation of that category from the sample mean. This is unlike the more commonly used treatment coding where each a specific category has to be selected as a reference. Weighted effect coding is a generalized form of effect coding that applies to both balanced and unbalanced data.

A key innovation in our article in the R Journal is the formulation of interactions between a categorical variable with a continuous variable. This is visualised in the Figure above. The benefit of estimating such an interaction with weighted effect coding is that upon entering the interaction terms the estimate for the continous variable (as well as the ‘main effects’ for the categorical variable) does not change. The ‘main’ continous term reflects the average effect in the sample, and the interaction terms represent the deviation of the effect size for each category.

Sweeney, R. E., & Ulveling, E. F. (1972). A transformation for simplifying the interpretation of coefficients of binary variables in regression analysis. The American Statistician. 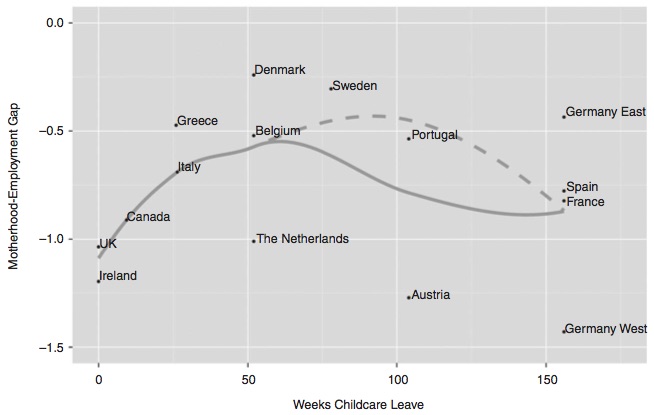 View More
Is there such a thing as too long childcare leave?
Previous
%d bloggers like this: