One of my goals while visiting New York, was to experience how PhDs are trained in the US. In addition to doing a PhD myself, I am also the president of the PhD Network of the University of Twente. In this role I’m closely involved in discussions on changing the Dutch way of training PhDs, which clearly explains my interest in learning about alternative ways of such training.

Doing a PhD represents several years of supervised training, developing oneself to become a researcher capable of independently contributing to, and participating in, a scientific discipline.

The core of that statement is being trained to independently contributing to a scientific discipline.

Based on my (clearly limited and selective) experiences, I learned that in New York (US?) PhD students really are … students. This by no means is a negative comments, but it is clear that the PhDs I met have a different set of skills. Generally, my impression is that their course load results in them being familiar with a wide overview of the literature on several topics, but (at least during the first few years) are less experienced in doing research with some level of independence. It’s a trade-off: some of the exams seem to be gruesome, with students faced with the taks of familiarizing themselves with a whole field of research. This is well beyond the relatively simple exams we have in the Netherlands, but getting your hands ‘in the dirt’ while doing some actual research yourself also is quite the experience.

Also, I noticed that it is much more of a struggle to do your PhD in the US. In New York life is expensive, and most PhDs are not employed by their universities as in the Netherlands. This means you have to find yourself some funding, but also that it really is a disappointment if your proposal is rejected. Not getting those funds really means you have to rethink your options. Many PhDs also need to have a job – besides writing their thesis, that is. Many teach or assist a professor, tasks that we do in the Netherlands as well. The difference, I think, is that the workload (again, besides writing a thesis which is a pretty decent workload by itself) is much higher in the US.

If every individual is under quite a lot of pressure, I wonder how that works out in terms of being able to form an academic group. I learned of one example of a PhD only providing to help to others when being paid on an hourly rate. I understand where that’s coming from, but also wonder how it affects the livelihood of an academic community of shared ideas, discussion, and collective interest. 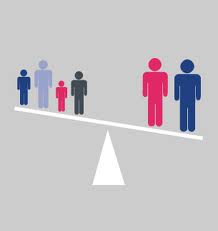 View More
New York: The Project
Previous
View More
Influential Data in Multilevel Regression: What are your strategies?
Next
%d bloggers like this: