We don’t know what we don’t know. That must be one of the bases of power. Lack of knowledge, or interest, allows one to do nothing about a pressing situation. Power over another means that one can choose to whom one want to relate, and about whom wants to know things. 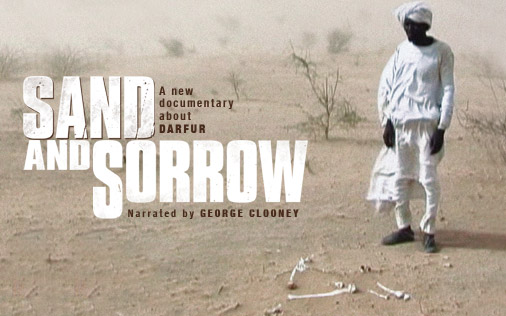 The world choose not to know about what happened in Darfur. Busy fighting in Iraq and Afghanistan, not willing to jeopardize relationships with the Chinese, and lack of knowledge amongst the general public. It all allowed the Europeans and Americans to do nothing to save the lives of 450.000 people, and to help the millions of ‘internally displaced people’ living in camps.

Yesterday, I went to see the documentary ‘Sand and Sorrow‘, about the genocide that took place in Darfur. It was organized by several Radboud University-organizations, amongst which the Nijmegen part of STAND, a student awareness movement which originated in the United States. The footage, music, images, and voice-over by George Clooney all cumulated to a single message: it is happening right now, and humanity did what is always done: virtually nothing.