In his book ‘Global Inequality: A new approach for the age of globalization’, Branko Milanovic (2016) analyses trends in inequality within and between countries and how these trends relate to inequality at the global level. Building on an impressive database (and, might I add: a publicly available one), he discusses the theoretical implications of his findings that cover multiple centuries, reformulating Kuznet’s Curve to Kuznet’s Waves. It’s an important book, and rightfully received very positive reviews.

First, the analyses presented in ‘Global Inequality’ seem to implicitly assume that all income is shared equally within the household. Indeed, incomes are equivalised to account for differences in household size and composition, but then it is assumed that there is no inequality within households in the degree to which women and men have equal access to, and control over, how to spend the household income. Admittedly, there is not so much empirical research that does account for such differences (Cantillon, 2013), but a literature on this topics seems to be emerging and indicating that women typically have less access to, and control over, household income (Bennett, 2013). Not accounting for this likely leads to understating levels of global inequality among individuals.

Thirdly, levels of gender (in)equality vary substantially across countries and over time – even when just limiting our focus to economic inequality. Trends towards gender equality have been observed to stagnate in various countries (including the Nordic countries, where women’s employment rates have been comparatively high for a long period already) or even reverse like in the United States (Boushey, 2008). If inequality is rising in these countries, as shown by Milanovic, this could be related to stagnating gender inequality. At the same time, in other countries there is much more potential for further reducing household inequality by means of promoting gender equality. Furthermore, women’s (rising) incomes have contributed substantially to countries’ average income levels. On the one hand this means that countries in which trends towards gender equality are stagnating may see less growth in average income levels. On the other hand, it means that countries with high levels of gender inequality (in terms of economic participation) have the opportunity to foster growth in average incomes by stimulating women’s (equal) participation on the labour market. To the extent that these countries are poorer, such as China and India, promoting economic gender equality will thus also help these countries to catch up with the average income levels in richer countries – thus reducing global inequality.

Whether and to what extent trends in gender equality will affect future trends in global inequality remains an empirical question. But, together these arguments demonstrate that gender (in)equality is a driving force of inequality both within nations and between nations. Now, these points of critique are easily reaised, but very difficult to empirically substantiate (or refute). I don’t think Milanovic has the data to do so, and neither do I have them. In fact, I don’t think such data exists for a substantially long period of time. Yet, I think these comments are important to keep in mind when interpreting the evidence on long-term trends in global inequality, and when thinking about questions that beg answering in future research. 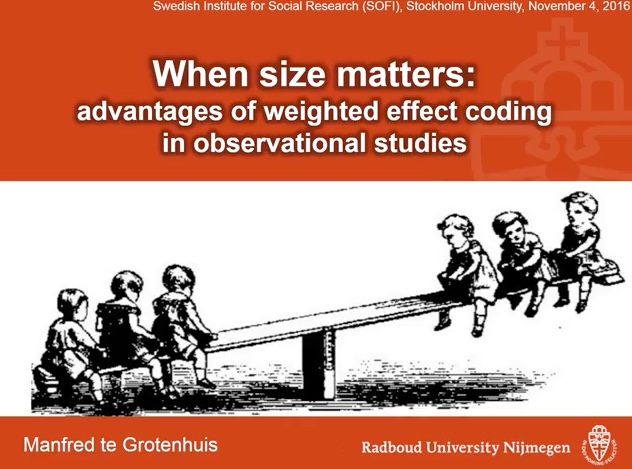