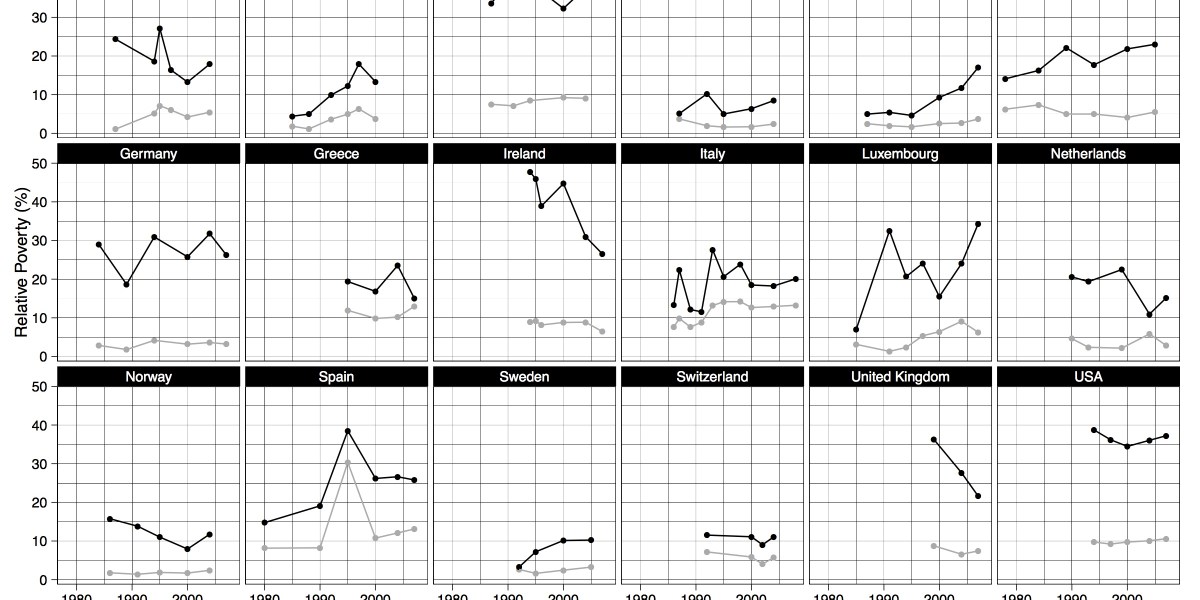 Who benefits more from family policies: single-parent families or two-parent families? Laurie C. Maldonado and I answer this question with respect to poverty reduction, in a new publication in Community, Work & Family. We presented this at the 2014 Work and Family Researchers Network (in New York), and our paper was the runner up to the best junior scholar paper award.

The paper is found, of course, online. If you have difficulties accessing it, please do not hesitate to contact me directly for a copy.

This study examined towhat extent family policies differently affect poverty among single-parent households and two-parent households. We distinguished between reconciliation policies (tested with parental leave and the proportion of unpaid leave) and financial support policies (tested with family allowances). We used data from the Luxembourg Income Study Database, covering 519,825 households in 18 OECD countries from 1978 to 2008, combined with data from the Comparative Family Policy Database. Single parents face higher poverty risks than coupled parents, and single mothers more so than single fathers. We found that employment reduces poverty, particularly for parents in professional occupations and for coupled parents who are dual earners. Longer parental leave, a smaller proportion of unpaid leave, and higher amounts of family allowances were associated with lower poverty among all households with children. Parental leave more effectively facilitated the employment of single mothers, thereby reducing their poverty more than among couples and single fathers. We found some evidence that family allowances reduced poverty most strongly among single fathers. An income decomposition showed that family allowances reduce poverty among two-parent households with up to 3 percentage points, and among single-parent households (mothers and fathers) up to 13 percentage points

One comment on “Family policies and single parent poverty in 18 OECD countries, 1978–2008”