Can we use cross-country, macro-level correlations between fertility rates and women’s employment rates to study the extent to which women combine work and family? I tend to think this is not very fruitful. Today, the journal Demographic Research published my note on a recent macro-level article.

In my note, titled Association, Aggregation, and Paradoxes: On the Positive Correlation Between Fertility and Women’s Employment, I respond to a recent article by Brehm and Engelhardt. Their article revisits the cross-country correlation between total fertility rates (TFR) and female labour force participation rates (FLFP). The interesting thing about this correlation is that it turned from from negative to positive after 1985. My disagreement with their (otherwise excellent) article is that the pre-1985 negative correlation is taken as support for the hypothesis that for women having young children and being employed are (partially) incompatible, implying that the correlation turning positive contradicts that hypothesis regarding the later period.

My note provides three comments on why this cross-country correlation is not informative to critically test hypotheses on the degree to which women combine motherhood and employment:

The original article by Brehm & Engelhardt and my response are available online from the Demographic Research website. Those who follow my research will recognise some arguments that were developed in my dissertation (Family Policy Outcomes).

On a final note, the editorial team of Demographic Research has been incredibly efficient in processing this note, and seem very committed to facilitate academic debate in their journal. The whole process (from submitting to publishing) took just a couple of days, and given that the original paper was published only a week ago, this makes for a timely discussion. 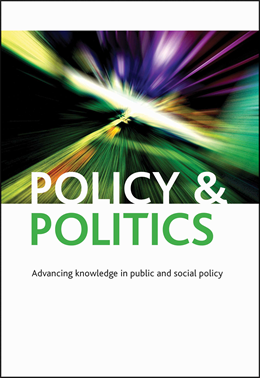